Multi-user studies are a unique type of experimental setup which involves 2 or more people taking parts in one study. The predominant domain for multi-user studies includes behavioral economics and game theories. 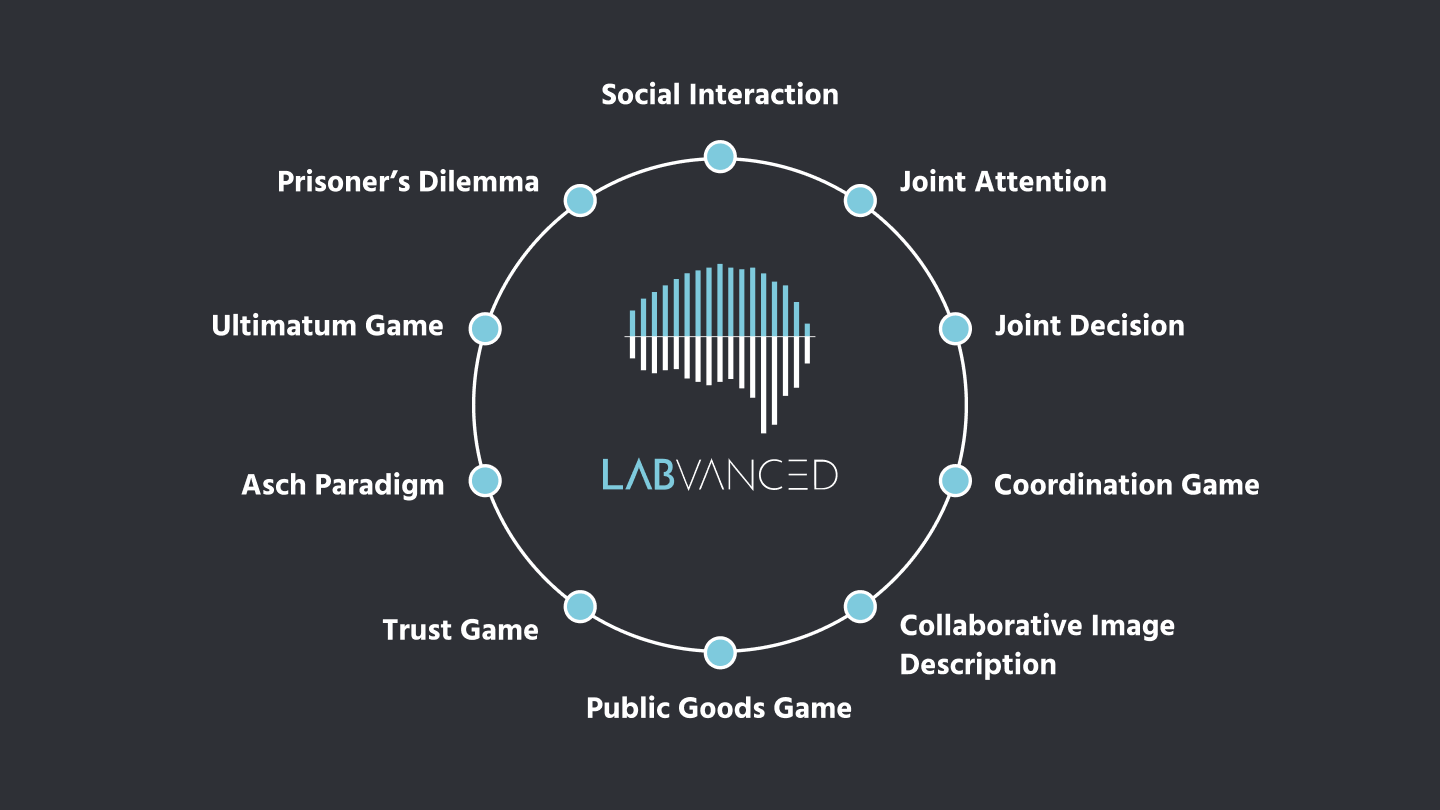 Because multi-user studies involve more than one person, they are at the heart of social psychologyopen in new window. Thus, researchers in this field use this type of experimental setup to study how cognitive processes like decision-making and attention are affected in the context of multiple users.

How are multi-user experiments made possible in an online study setting? You can base a multi-user study around any concept in Labvanced, it’s just a matter of setting it up appropriately. Labvanced’s framework and technology is designed in such a way that user studies can be created based on your study settings and design.

# The Importance of Synchronization

In order for a multi-user study to be conducted successfully, the participants must exchange information in real time and their responses must be stored as recorded data so that the researcher can analyze behavior later. Because multi-user experiments require more than two participants, synchronization across screens and also available choices is essential.

For example, during an experiment, each player is presented with a choice to select one of the one of two images which are presented to both users. Should both click on the same image, the one who clicked faster gets that image. This is accomplished by having the server lock the choice for the person that clicked first and distributing the remaining choice to the other player.

In brief, synchronization can be conceptualized as the following:

# About System Architecture and Data Flow

The distribute variable allows flexibility in the design study, for example:

With the mechanism behind the distribute variable, any kind of experimental logic is possible as different types of information can be transmitted between participants.

For example, If player 1 wants to send something to player 4, then the variable is distributed to the target player based on their assigned ID.

As mentioned previously, the lock procedure ensures that participants don’t select the same response if that’s not allowed. When two variables on two different computers are presented, the server determines who sets the variable, what is remaining, and then synchronizes accordingly.

# Cognitive Processes You Can Assess with Labvanced’s Multi-Participant Studies

Some examples of cognitive processes that are assessed using Labvanced’s multi-user capabilities:

Try out the studies below to get a sense of how multi-user experiments look like in the platform! Pro tip: If you want to test them out for yourself, simply open a second tab in an in-cognito tab!

Check out this published experiment that made use of Labvanced’s multi-participant capabilities with game theory models: