Objects are the lowest instance in the task hierarchy and are placed onto frames. In the task editor, objects are grouped into 7 groups: Media, Shapes, Text, Buttons & Navigation, Question Options, Question Inputs, and Question Various. Objects can be added to the frame via the object toolbar, which is located to the left of the frame. A list of all objects that have been placed on the current selected frame is shown on the right side of the editor under the "Objects" tab. Users can change the z-index of an object (which object is shown in front of others), copy, and delete objects. The "current selected object" can be chosen either by clicking on it directly on the frame, or by clicking on the respective object in the object list. After selecting an object and the appropriate modifier (Default Trial, Factor Level, Condition or Single Trial), modifications can be made directly on the canvas or by using the "Object-Properties" panel on the right. In this panel, all properties of the currently selected object are displayed and can be modified using the input fields, checkboxes, etc.

The object properties for the current selected object are shown on the right side of the editor. These properties determine how the objects on the frame will look to participants. Many object properties can be modified between trials, while some properties (such as the object's name) are fixed and cannot differ between trials. Properties which are modified (different from the default value) are indicated by a dark gray background color. All of the properties that can be modified between trials can be modified dynamically during event execution using the "set obj property" action. The "required" property of objects can be changed dynamically during runtime of the study. Objects will only be shown as required as long as they are not hidden (visibility = 0). This allows for very interactive and dynamic experiments. Please see the "Object Properties Tables" page for detailed chart of all object types and their properties.

In the Task Editor, the appearance of objects can be changed to make editing your study easier. There are 2 object properties which allow you to do this: lock and hide.

Both of these properties are only active while editing the study. Locking or hiding an object in the Task Editor will not change how the participant sees that object during the study.

To write custom code, you will need a reference element, its selector name, a command, and a value. To find the selector name for the element that you want to edit, right-click on the element and click “inspect.” This will open the console on your device. For example, the selector for a text element is the letter p. 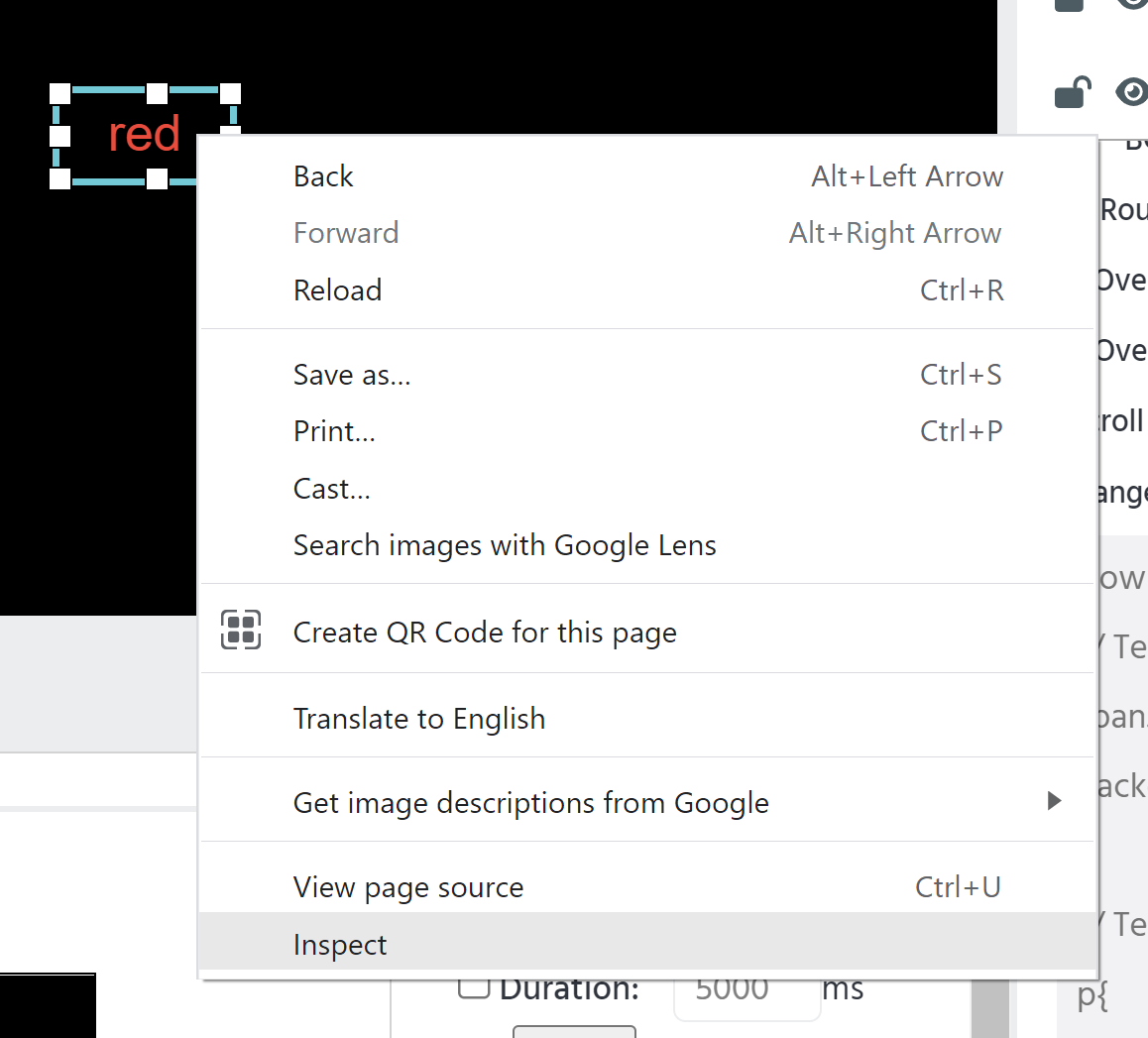 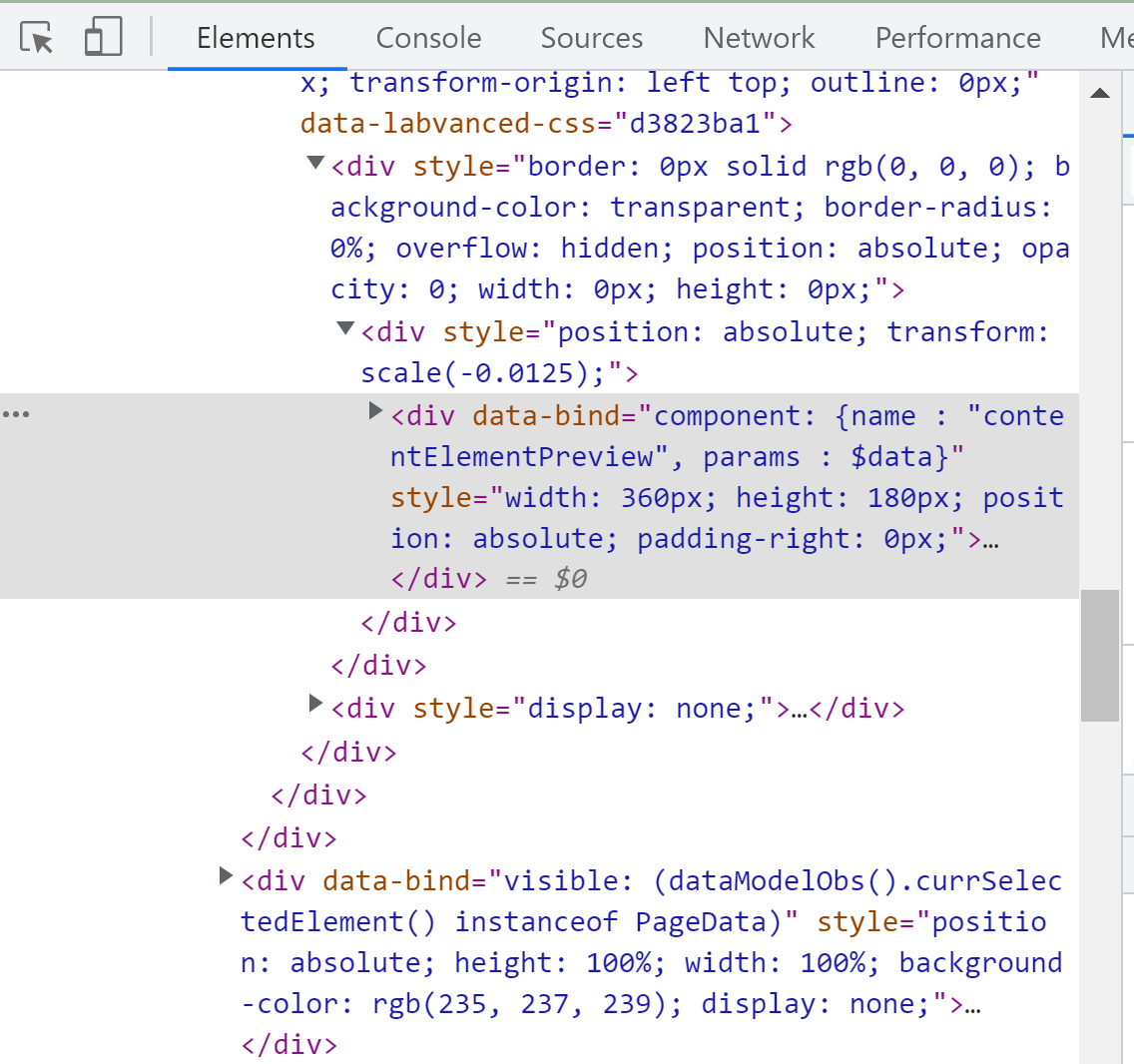 You will also need to use curly brackets for your code. A sample of code to change the color of a text element is: 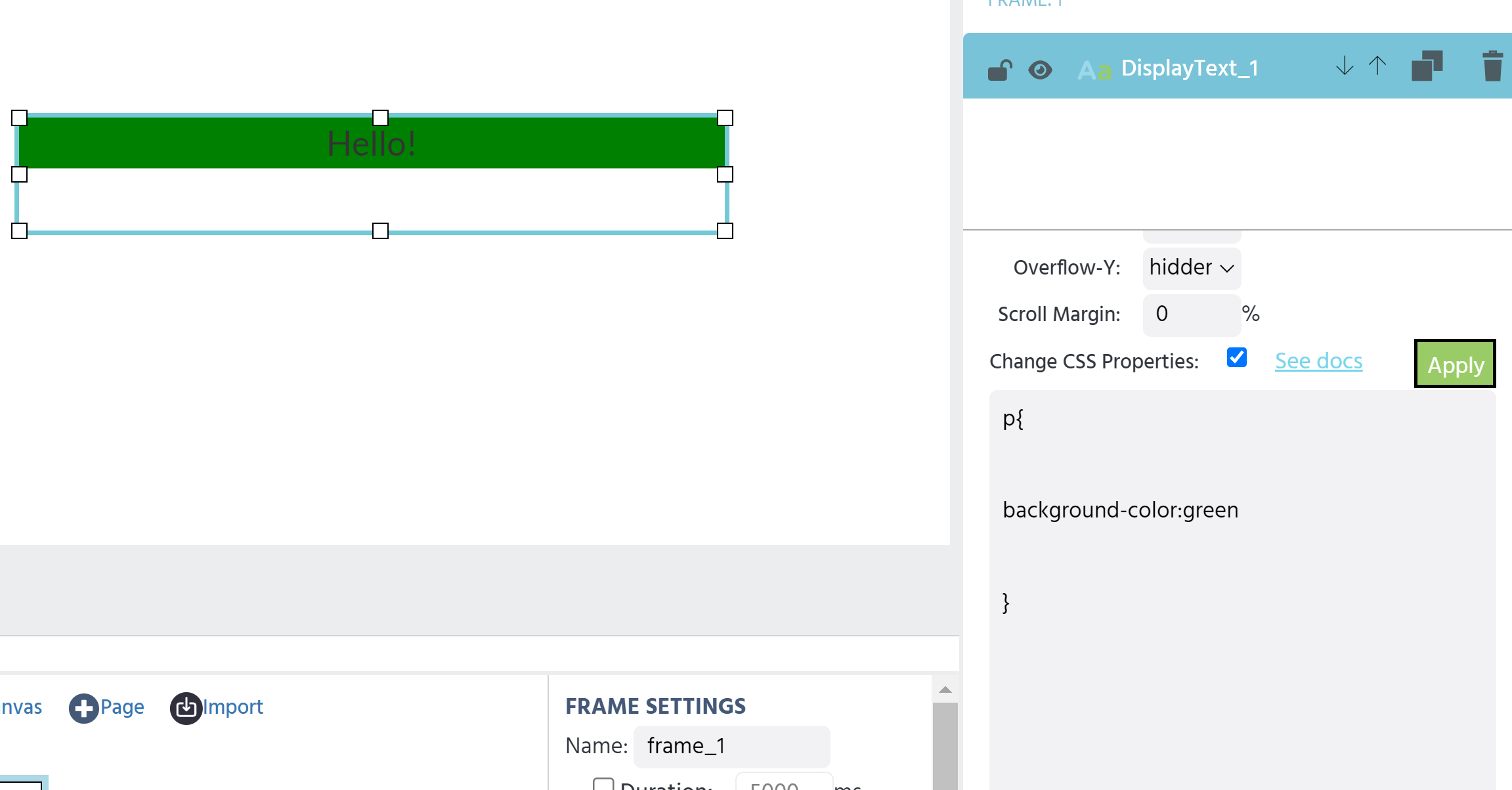 While properties such as background color can be changed easily using the object properties window, there are use cases where you would like to be more specific with your CSS properties. For example, in matrix elements, several different CSS properties can be used to customize your element.

Many custom CSS properties can be added to the same element with multiple lines of code.

If you are new to coding or want more information about CSS, check out this moduleopen in new window from MDN.

Note: Recording a video/image of a subject or their screen can be highly sensitive. Please ensure participants are fully aware of what the experiment entails before they begin.

Note: When a webcam of any kind is used in a study (for eyetracking, video, snapshot, etc.), participants will be prompted to select which camera they would like to use at the start of the study. This allows participants to select a connected external camera if they do not wish to use a built-in webcam system.

The "required" property of these objects can be changed dynamically during runtime of the study. Objects will only be shown as required as long as they are not hidden (visibility = 0).

The order of responses can be randomized for these objects using the "randomize item order" checkbox in the Object Properties window. If you wish to record the order that the choices are presented in after setting them to random, you can check the box labeled "Link Order to Array." This will create an array variable that stores the order of the choices presented for that element, called "itemOrderArrVar" by default. The array records the integer value of the choices as defined in the editor in the order that they are shown from top to bottom of the element. The positions and values of the entries can be edited in the Variables tab for each of the "itemOrderArrVar" variables.