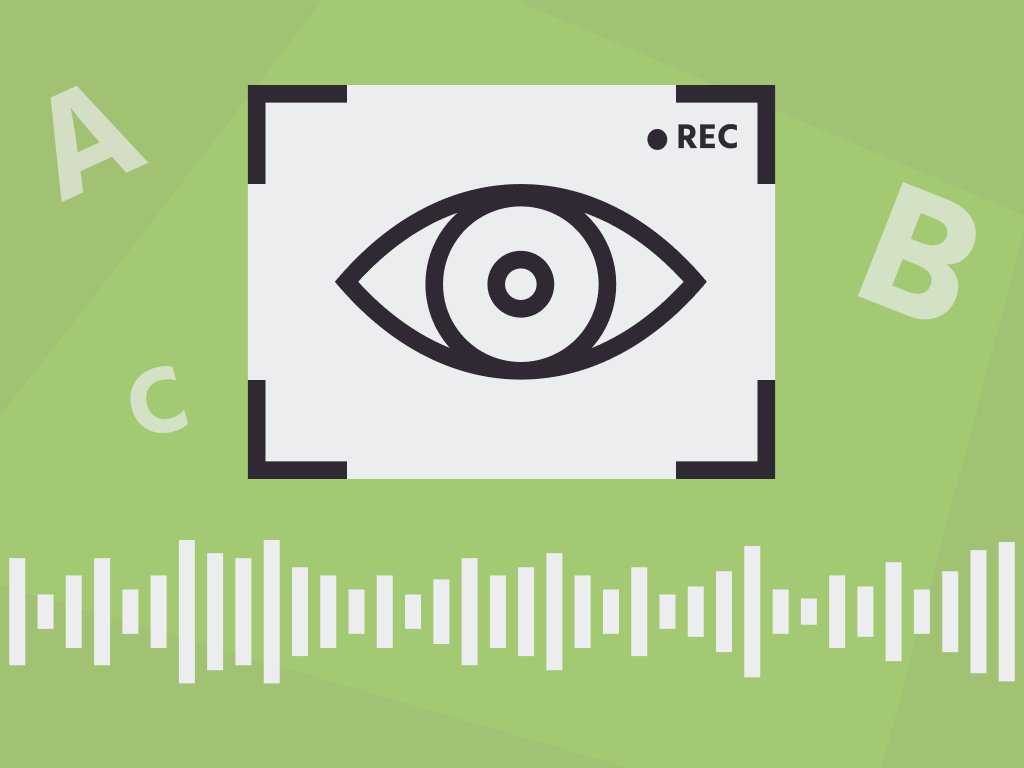 Eye tracking in applied linguistics and language research is a strong tool for gaining insights to the inner workings that goes into this complex cognitive process. Researchers use eye tracking as an experimental method for understanding linguistics and have it at the core of experiments focusing on including attention and cognition, perception, non-verbal communication, grammar, language acquisition, foreign language and bilingual studies, and even language disorders. Eye tracking is a powerful tool that with the right design and approach can be incorporated in any applied linguistics research.

Language perception in psycholinguistics and communication refers to the inherited processes that enable hearing, interpreting, and understanding of language. Eye tracking can be incorporated during language perception to quantify gaze.

There are many ways to design linguistics studies in Labvancedopen in new window that have already been explored and published by students and researchers. Incorporating eye tracking to your linguistics and language research is another method to explore in order to get an additional layer of data.

Non-verbal communication is another piece of the language puzzle and can include interesting topics like:

Non-verbal communication relies a lot on visual inputs for understanding. Thus, eye-tracking can provide some insights between the relationship of where the participant’s attention is and subsequent perceptions.

Eye movements are becoming increasingly used in applied linguistics as it can indicate attention and inner mechanisms during language comprehension and language production. Psycholinguists are interested in measuring different types of eye movements, like saccades or fixations, because they provide a quantifiable response to classical questions about language (Tanenhaus, 2007).

In general, language and eye movement are deeply intertwined. A classic example of how eye movement relates to language understanding is the transposed letter effect where two letters in a word are switched. Back in 1958, researchers Burner and O’Dowd were the first to use this effect to determine how response time was effected.

Since then, researchers have shown that when reading eyes do not fixate on one letter at a time, but jump from fixation point to fixation point. In the 21st century, researchers are still studying saccades and use eye tracking technology in experiments to answer linguistic questions like whether morphemes play a role in the transposed letter effect (Stites, Federmeier, & Christianson, 2016).

In addition to eye-tracking, many researchers in applied linguistics and language are interested in quantifying head position. This is especially true when working with online solutions like Labvanced’s because head tracking is an important variable to take into consideration.

Eye-tracking is a means of not only quantifying eye movements, but also the participant’s attention. With eye-tracking, researchers can determine where attentional resources are allocated during the linguistics experiment. Whether the language task is designed for toddlers or the elderly, whether the focus is foreign language, language acquisition, perception, or even language disorders, eye tracking will reveal how attention to visual cues changes over time and what the participant attends to when confronted with multiple visual cues.

In this study, Semantic Learning for Toddlersopen in new window by Dalhousie University, researchers used Labvanced’s eye tracking features to quantify how toddlers’ to the video clips that were shown teaching new words from various different types of speakers.

Eye tracking is also incorporated in experiments that deal with bilingualism or foreign language learning.

A bilingual study from 2019 used eye tracking for quantifying attention in preschool children aged 4-5 years old as they were learning Mandarin through eBooks. The results indicated that foreign language learning in this age group is improved through animated eBooks that have both sound and motion as indicated by the children’s increased fixation on the book and greater word recall when compared to static eBooks (Sun, Loh, & Roberts, 2019).

Language disorders can also be studied using eye tracking technology. A study by Fella & Papadopoulous highlights the usefulness of incorporating eye tracking in language disorder research. In this experiment, eye movements were studied, specifically saccades and fixations, as young students with reading disorders were challenged to identify correctly spelled words versus words that were spelled incorrectly but were phonologically represented correctly in Greek writing.

The researchers found that children with reading disabilities had more saccades and longer fixations than normal controls. With eye tracking, the researchers were able to learn more behind the mechanism involved in spelling and reading processes by quantifying the participants’ eye movements during the language tasks.

Psycholinguistics is a field that is growing rapidly as researchers find ways to quantify classical concepts like language perceptions through tools such as eye tracking. Labvanced eye tracking has already been used by many researchers interested in conducting applied linguistic research to study language acquisition and many other fields. In summary, there are many applications for eye tracking technology in linguistics and language research.